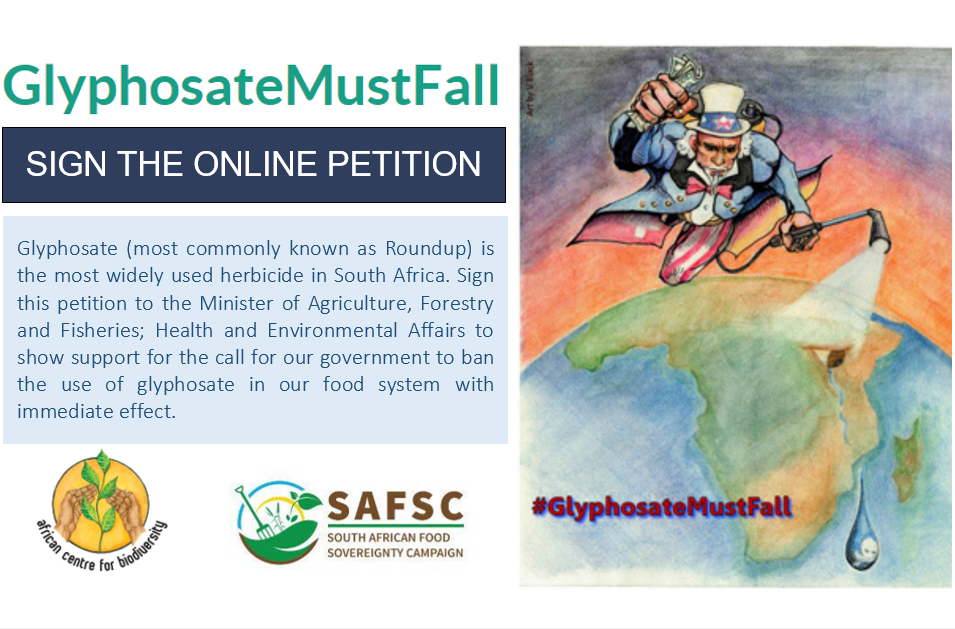 The South African government needs to ban the use of glyphosate in our food system with immediate effect.

Glyphosate (most commonly known as RoundUp) is the most widely used herbicide in South Africa and its use has increased dramatically since the introduction of genetically modified maize, soya and cotton that has been engineered to survive being drenched with it. Glyphosate is also extensively used in wheat, viticulture, sugarcane and the timber industries.

The International Agency for Research into Cancer (IARC), which falls under the World Health Organisation (WHO), has recently classified glyphosate as a “probable human carcinogen”; its continued use poses unacceptable risks to our health, the health of our families, farmers, farmers’ families, farm workers and society.

Please sign this petition and share it widely to demand a ban on glyphosate in our food system and to demand a commitment from government to transform our corporate controlled, chemical-laden food systems to a socially just agro-ecological food system.